Tucked within the gorge of Enipeas lies the historic St. Dionysios Monastery of Olympus. This Greek Orthodox monastery is situated about 17km from Litochoro, just off the road leading up to Prionia, at an altitude of 850 meters. The monastery is a stavropegic monastery, secondary to the Patriarch of Constantinople. Although a new monastery under the same name, was built 15 km from the original, St. Dionysios Monastery is still visited by hundreds of tourists every year. Its rare architectural splendor, coupled with its secluded location, integrated right within the ravine of Enipeas, makes Saint Dionysios Monastery one of the most significant and famous religious sites in all of Pieria.

The monastery dates back to the year 1542 where it was founded and dedicated to the Holy Trinity by a single monk, Saint Dionysios, who was residing in a nearby cave. In due course, the name of its founder replaced the original. Throughout various wars and conflicts, St. Dionysios Monastery acted as a shelter for locals and soldiers. Over the years, the monastery was wrecked and built several times. Under Turkish rule, the monastery functioned as a spiritual refuge, with its abundant supply of books and its manuscript-copying workshop. In 1821 the monastery was set afire by Veli Pasha, son of Ali Pasha. The monastery played an active role again during the Olympus Revolution of 1878 by providing shelter to women and children of Litochoro, halting for the first time the prohibition of women in the monastery. During the Macedonian Struggle, the monastery once again served as a shelter and replenishment station for citizens and fighters. The final blast towards the monastery occurred during WWII, where the German military first bombed the site in 1941 and later almost destroyed it by bombarding it again in 1943, to prevent Greek resistance fighters from taking shelter there. In spite of all the attacks the monastery endured over the years, the monastery never ceased to protect the residents of Olympus. Many of its buildings have been restored since then, preserving the original stone and wood structure of the monastery. 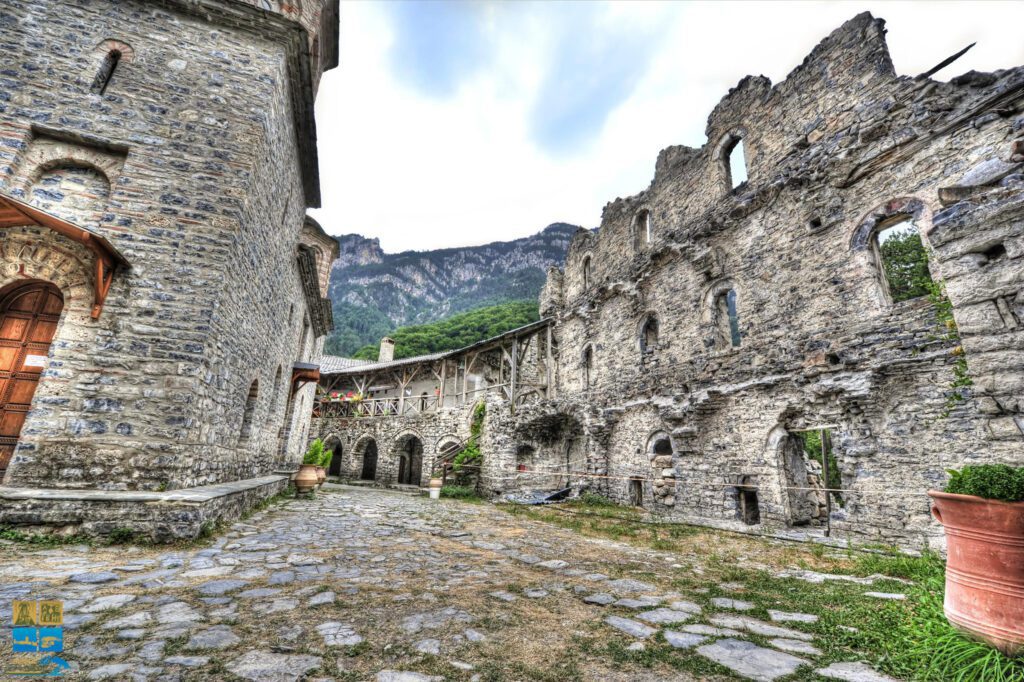 The Chapel of Saint Dionysios

The first residence of Saint Dionysios, a cave about twenty minutes from the monastery, now serves as a shrine and dedication to the monk. The Holy Cave, or Agion Spilaion in Greek, was constructed under a hanging rock just above a natural spring. The small chapel includes a devotional space where the monk honored the sacred liturgy, as well as a small shed that served as a shelter. This famous chapel attracts visitors every year who yearn to witness and taste the holy water.

Architecture of the St. Dionysios Monastery

St. Dionysios Monastery was built like a fortress on a natural fortified plateau, encircled by high walls and a watchtower. The monastery is made up of one main church, Catholiko, and four surrounding chapels. The grave of Saint Dionysios can be found in the northwestern chapel. Upon entering the monastery, one can take note of the well-preserved fresco of St. Dionysios. On the one side of the monastery grounds were the living quarters that consisted of a dining room and kitchen as well as a library, while on the other, now-destroyed side, were monk cells as well as a bell tower. There is still a drinking fountain located within the monastery. 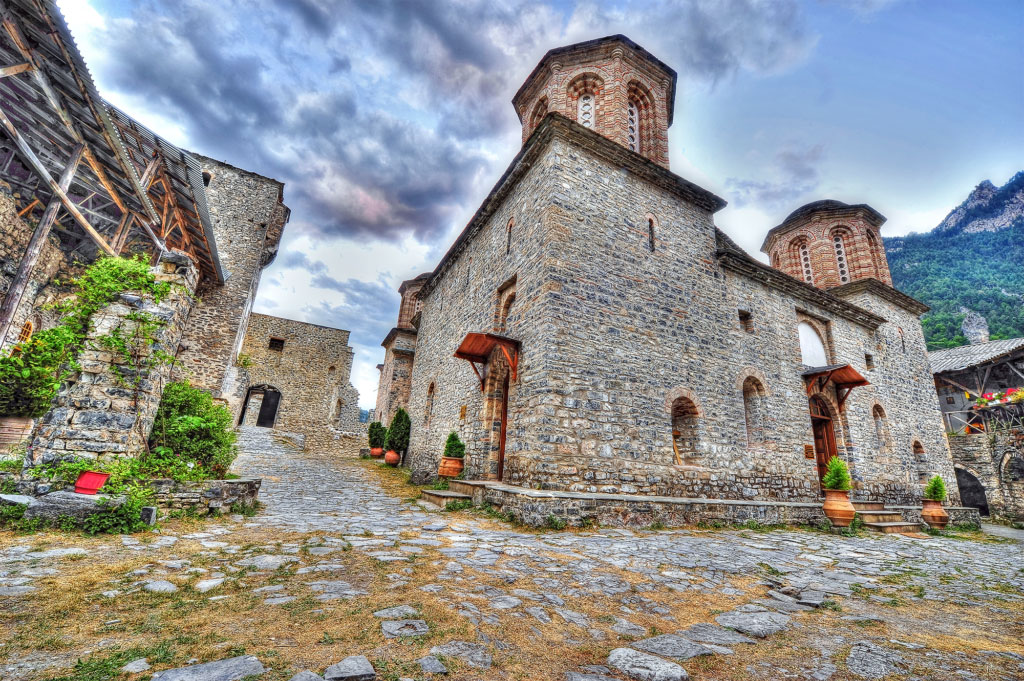 A new monastery under the same name, St. Dionysios was built in 1950 just 3km from Litochoro and 15km from the original St. Dionysios Monastery. This monastery is located at the Metochion of Skala and has easier access for visitors. Its church is decked in elaborate icons painted by the hagiographer Fotis Kontoglou. The monastery also includes living quarters for monks, a dining room, workshops, a museum and a library. To the east of the monastery, the museum is full of rescued treasures such as old documents, icons rescued from the old monastery and other rescued heirlooms. The new St. Dionysios monastery is open from sunrise to sunset and every Sunday all believers can join the Divine Liturgy in the main church.